Remember to use the MHRA Yellow Card Reporting scheme to report any issues with medicines, including herbal medicines.
Report a problem with a medicine or medical device – GOV.UK (www.gov.uk) 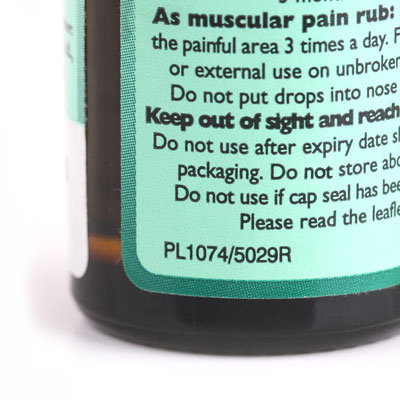 From the early 1970s a herbal medicine making a medicinal claim on the label required a Product Licence. Acceptable products already on the market were granted Product Licences of Right (PLRs) with minimum formality at the time, but thereby became subject to general regulatory requirements for medicines including, for example, the premises in which they could be manufactured. The European Community Review of Medicines during the 1980s required such products to be reviewed for quality, safety and efficacy by 1990. Those that satisfied the requirements were granted a Product Licence (i.e. a full Marketing Authorisation) and can be identified by a “PL” number on the product pack. For the majority, the available evidence of efficacy was based more on human experience than formal clinical studies and therefore indications had to commence with the words “A traditional herbal remedy for……”.

Section 12.2 of the Medicines Act 1968 permitted a herbal remedy to be exempt from licensing if it contained only one or more herbal substances, had a name which specified only the herb(s) and process, i.e. no proprietary trade name, and no medicinal claims were made for the product. Large numbers of such products were on the market until Section 12.2 was revoked in April 2011 upon full implementation of the THMPD, making further importation and/or distribution illegal. 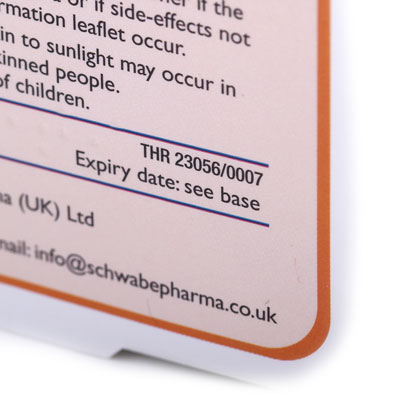 A herbal medicine meeting EU standards of quality and safety, but not supported by clinical evidence of efficacy considered acceptable for a full Marketing Authorisation (MA), may be granted a Traditional Herbal Registration (THR) provided that bibliographic or expert evidence demonstrates 30 years of traditional use for the required indication, of which at least 15 years must normally have been within the European Union. THR products have indications commencing with “A traditional herbal medicinal product …..” and ending with “…… based on traditional use only”, and comprehensive information for safe and effective use must be included in each product pack.

In the UK the first THRs were granted in 2006 and almost 200 had been granted by the end of 2012. A Public Assessment Report (UKPAR) on each product granted a THR is published on the MHRA website (www.mhra.gov.uk); it includes substantial information including the Summary of Product Characteristics and images of the label and in-pack leaflet, and can be found by entering the product name in the search box. A chronological list of products granted a THR can be found on the MHRA website by entering “List of products granted a Traditional Herbal Registration” in the search box. In retail shops THR products can be readily identified by a THR number and distinctive ‘THR’ logo on the pack.

Manufactured herbal medicines placed on the UK market since April 2011 are required to have either a Traditional Herbal Registration (THR) or a Marketing Authorisation (MA). In due course, therefore, all herbal medicines on the market will meet the same stringent criteria, satisfying EU requirements applicable to any medicine: a consistently high standard of quality, regular monitoring of safety, and full information for safe and beneficial use of the product provided by in-pack leaflets.

For historical reasons, there are exceptions to this scenario at the moment:

Section 12.1 of the Medicines Act 1968 was superseded by The Human Medicines Regulations 2012, Part 12, Chapter 3, Regulation 241, which permits a herbal practitioner to supply herbal remedies exempt from licensing provided that each remedy is manufactured or assembled on the practitioner’s premises and is supplied on the basis of a one-to-one consultation with the person receiving it: http://www.legislation.gov.uk/uksi/2012/1916/regulation/241/made.

In February 2011, Andrew Lansley MP, Secretary of State for Health, announced that statutory regulation of herbal practitioners would be introduced and overseen by the Health and Care Professions Council (HCPC), following the recommendations of two previous independent consultation committees chaired by Prof Michael Portillo. In 2013 HM’s Government changed its decision with Dr Dan Poulter MP, Parliamentary Under-Secretary of State for Health, announcing that there would be a new investigation led by Prof David Walker to look at herbal practitioner regulation. The Walker Report was published on 26th March 2015 and made many recommendations, including that herbal medicine should now not be regulated: https://www.gov.uk/government/uploads/system/uploads/attachment_data/file/417768/Report_on_Regulation_of_Herbal_Medicines_and_Practitioners.pdf

On 28th February 2017 the Government responded to the Walker Report in a ministerial statement read to the House of Commons and House of Lords by Nicola Blackwood MP, Parliamentary Under-Secretary of State for Health. The statement agreed with the majority of the findings of the Walker Report, including that herbal practitioners should not be statutorily regulated:
http://www.parliament.uk/business/publications/written-questions-answers-statements/written-statement/Commons/2017-02-28/HCWS505/.