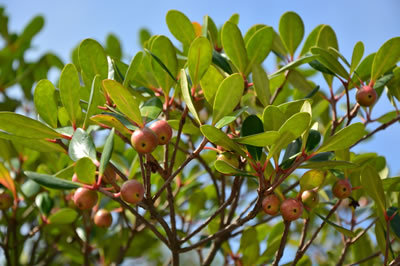 Uva-Ursi (Arctostaphylos uva-ursi (L.) Spreng) is a low growing evergreen bush with red berries and flowers found in colder, northern climates from Asia to the United
States. A member of the Ericaceae family it is also known more commonly as bearberry. It is the leaf that has medicinal use as an extract.

Uva Ursi has a strong association with women’s health because it contains the glycoside arbutin, which has antimicrobial properties and acts as a mild diuretic making it an infection fighter used in the treatment of urinary tract infections such as cystitis.

Registered herbal medicinal products containing Uva-Ursi are used to relieve minor urinary complaints associated with cystitis. Based on traditional use only.