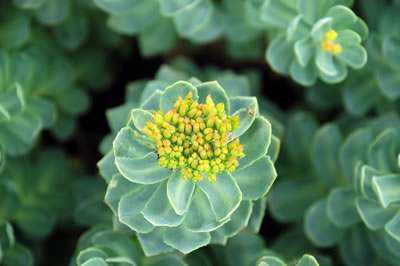 Rhodiola (rhodiola rosea), or golden root as it is often referred to in ancient legends, is well known for its hardy properties. With its striking yellow summer flowers, it thrives close to the Arctic Circle in the dry mountainous areas of Scandinavia, Siberia, Northern China and Canada. It grows about 75cm high and when it is harvested, it has a lovely rose-like fragrance.

The use of rhodiola dates back at least 2,000 years. As early as 77AD, the Greek physician Discorides wrote about the medicinal properties of the plant, which he called rodia riza, in his classical medical text De Materia Medica.
The Vikings relied on the herb to enhance their physical strength while Chinese emperors sent expeditions to Siberia to bring back the ‘golden root’
for medicinal preparations.
Traditionally, rhodiola has been used throughout Eastern Europe and Asia as a tonic with a reputation for stimulating the nervous system, decreasing stress and anxiety, enhancing work performance, eliminating fatigue and preventing high altitude sickness as well as boosting fertility. A bouquet of rhodiola roots is still presented to Russian couples before their wedding day to boost their chances of fertility and to ensure the birth of healthy children.

Registered herbal medicines containing rhodiola are used today for the temporary relief of symptoms associated with stress such as fatigue, exhaustion and mild anxiety based on traditional use only.